Over the past year, the term blockchain is one which is garnering much attention. The concept of a cryptographically secured chain of blocks, however, is not of something new. Dating back to 1991, Stuart Haber and Scott Stornetta questioned the prospect of time-stamping on digital documents. So, why does this matter and what is the impact on the world of contract management?

As a first step, let’s understand what a blockchain is and how it works. According to The Wall Street Journal, a blockchain is “a data structure that makes it possible to create a digital ledger of transactions and share it among a distributed network of computers." Once a block of data is recorded on the Blockchain ledger, it becomes immensely difficult to edit or delete – and in each block, there is a secure UNIX timestamp (as Haber & Stornetta figured out years ago!)

So, how does blockchain work? These blocks contain digitally recorded data that are stored in a linear chain. To maintain the anonymity of the transaction data, each block is cryptographically hashed. According to Alan Morrison’s article on blockchain, “a hash is a unique identifier and shortcut that was created when actual transaction data is passed through a cryptographic tool in order to keep transaction data secret." Each block of hashed data draws upon the prior block in the chain, thereby creating a strong link of blocks. 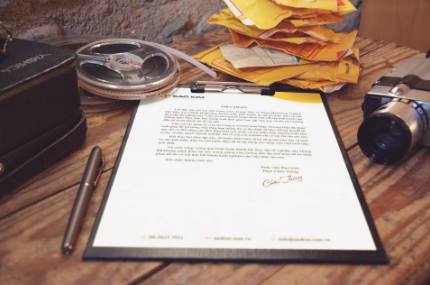 Despite the hype and its potential to transform an organization’s operating model, Blockchain technology is relatively new, and requires much more research and validation. For example, during a panel discussion at a Health Conference in Nashville, Andrew Beal, a Blockchain and Distributed Infrastructure Lead at Ernst & Young (EY), noted that “The tech is immature. Everything is in proof of concept (PoC) stage with dummy data and a couple partners." Wayne Vaughan, the founder and CEO of Tierion, a global platform for data verification, chimed in and agreed that the market is still too immature for production-ready services. James Moreau, from The Economist, also explains why blockchain technology will not progress as fast as others have predicted. The author believes that the technology will only be successful if a large number of organizations start adopting and collaborate blockchain technology– which is not exactly the case right now.

In the world of contract management, blockchain-based technology has been used to produce smart contracts (i.e., contracts that can be completed without human interaction). However, the International Monetary Fund (IMF) suggested that the lack of use cases [in smart contracts] results in an ambiguous legal status. In addition, one of the few real-world implementations of blockchain technology in contract management (Decentralized Autonomous Organization, DAO) gained a notorious reputation of launching smart contract software with an astounding US$150 million in mid-2016 but was hacked in less than a month. This hack resulted in a loss of approximately US$50 million in cryptocurrency. In an article published by the Business Insider in June 2016, not only did the value of the specific cryptocurrency (Ethereum) significantly depreciate against the US dollar within a few hours of the hack, but the transaction volume of Ethereum spiked tremendously, stipulating “panic selling."

Regardless of its challenges, blockchain technology is a much needed element to an era of disruption. Our top 5 predictions of how Blockchain will impact the world of contract management:

This blog is made available by Contracts 365 to provide helpful information and thought-provoking on-going discussions. Any views or opinions represented in this blog are personal and do not represent those of people, institutions, or organizations that the author may or may not be associated with in professional or personal capacity, unless explicitly stated. Any views or opinions are not intended to malign any religion, ethnic group, club, organization, company, or individual.

Comments are welcome. However, the blog owner reserves the right to edit or delete any comments submitted to this blog without notice due to:

The blog owner is not responsible for the content in comments.

Our Contract Management Specialists have no less than 10 years' experience helping clients address their contract related challenges. We'd love to help you, too! Get Started